Back home in Somerset 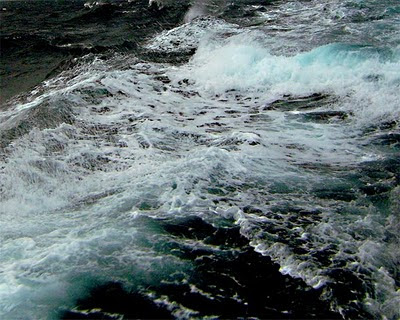 I think I'm suffering from withdrawal symptoms from Shetland. I miss the sound of the wind and the sea, and being able to just get out and walk along the cliffs. Having returned to Somerset at the beginning of November, and a week too early to have been on the NorthLink ferry Hjaltland that spent over 30 hours at sea in “atrocious” weather, marooned outside Aberdeen harbour (given my project, I really should have been there!), to cap it all I then catch the flu/cold bug that has been traveling around Somerset at the rates of knots. I was far healthier in Shetland with all that sea air to blow away any germs. So resumption of work has been delayed.

Finally back in my studio I am engaged in my own battles on canvas with the weather and sea. Having been working on a large canvas for over a week now I am still no-where nearer to resolving the image, which has gone through various manifestations. Trying to analyse the problem I think that it has something to do with confusing my making the large-scale drawings, which have been more literal, with the making of large paintings, which, as with the fluctuating tides and weather, my own fluctuating moods and observations allowing images to emerge, their topography continuously changing, as I work in a more intuitive way, responding to mark and colour. I usually use a drawing or section of one, or small painted en-plein-air study as a starting point, but for some strange reason I began to work from a photograph of heaving seas, taken whilst on board the little mainland ferry to Outer Skerries. This has been disastrous; the emergent image lacks any sense of movement and feeling for paint. Having put the photograph away, I spent a morning scraping off paint, and repainting using some of the drawings and small studies as a catalyst.

Drawings from boat trip to Hildasay 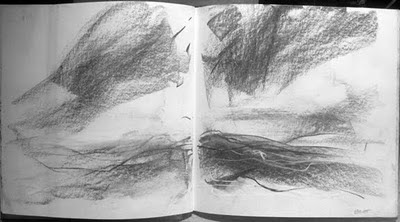 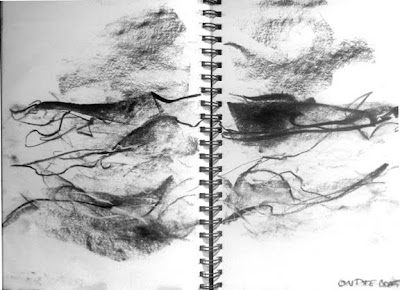 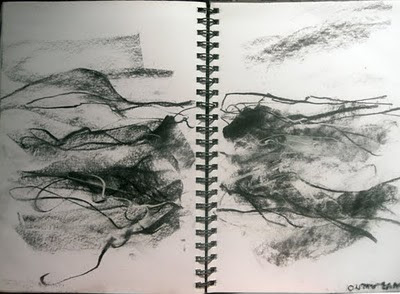