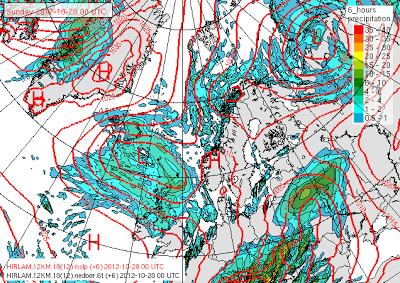 Winds easing F2-4 and becoming variable in direction, but freshening F5 E’ly. Rain, persistent and occasionally heavy at first, clearing to sunshine and showers.
Sea State: Moderate or rough, with a 2 to 3 metre wind-swell, E to NE’ly in Shetland waters. 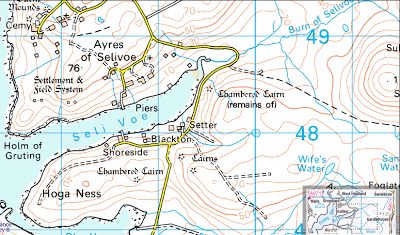 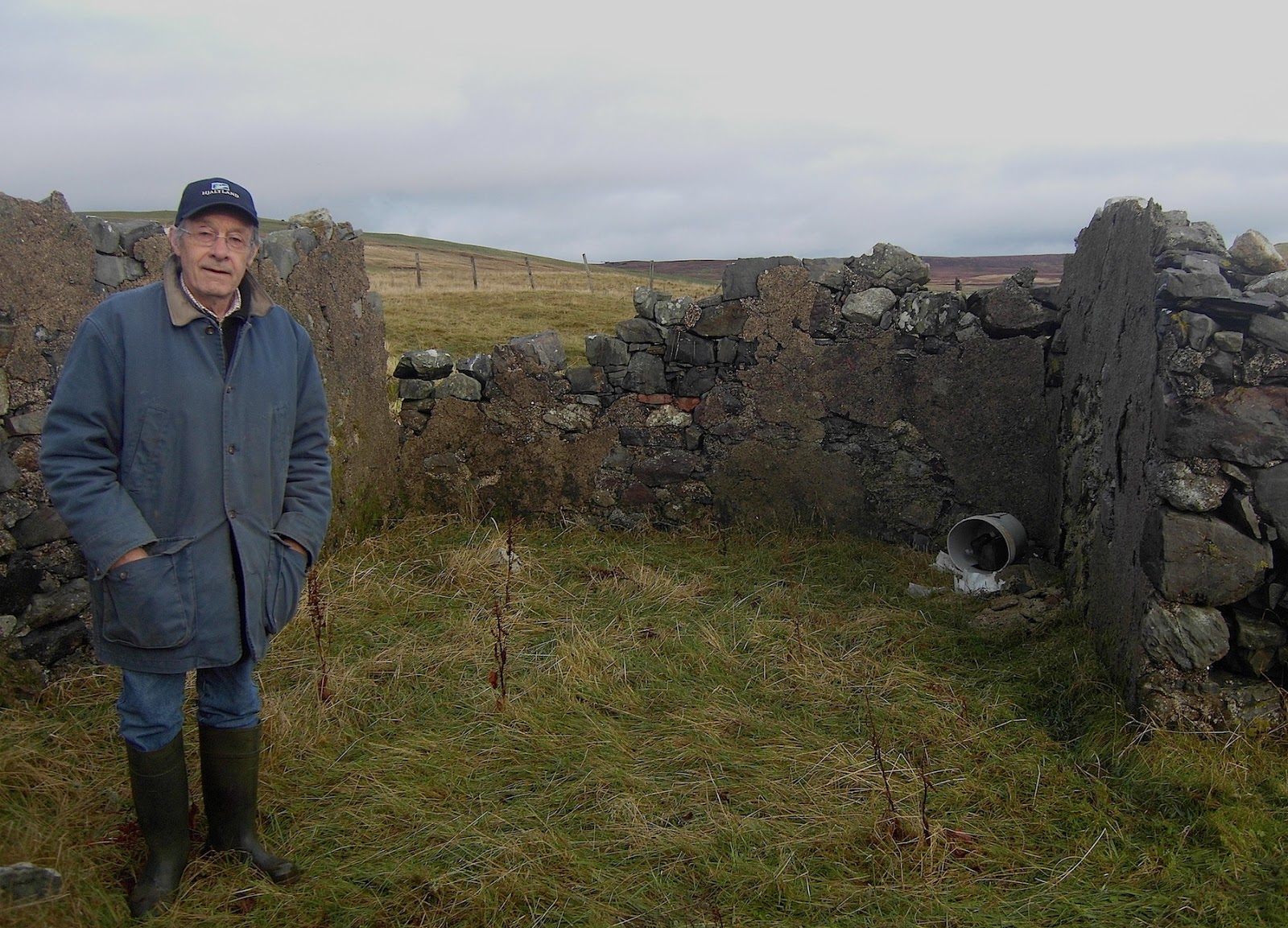 A history lesson from Frank Robertson in an 1890’s fishing Böd on the shores of Seli Voe.
A cold wet day, we stand, four of us, in the ruins of an old haaf fishing böd while Frank tells us about the fishing. Forty families lived along this shore, ruins of cottages left as the only evidence. 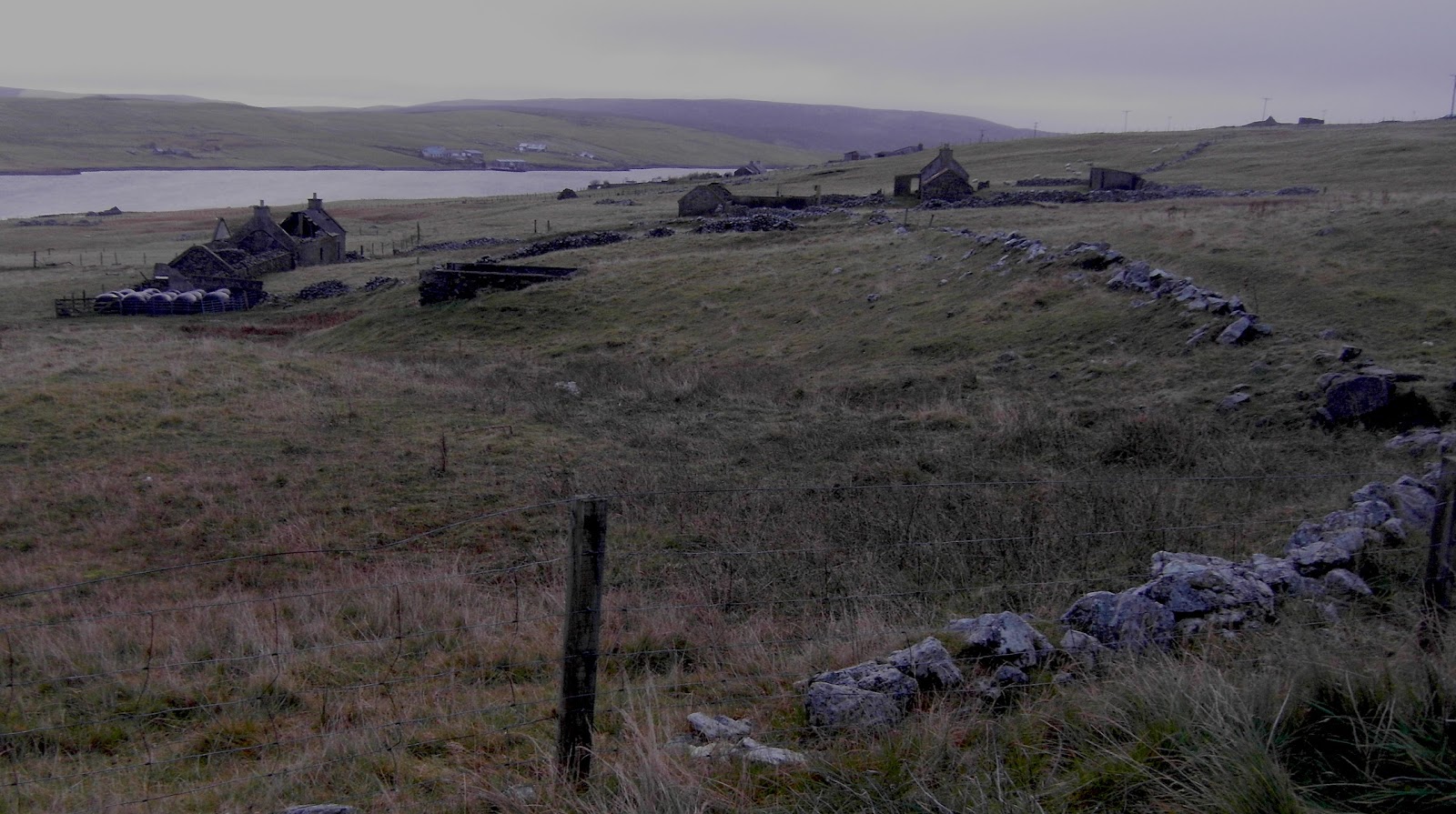 They made a kind of living in the open boats of the Haaf fishing, the catch claimed by the laird. Until the cod and the herring fishing came and broke the thrall of the lairds, men finally being paid for their labour. 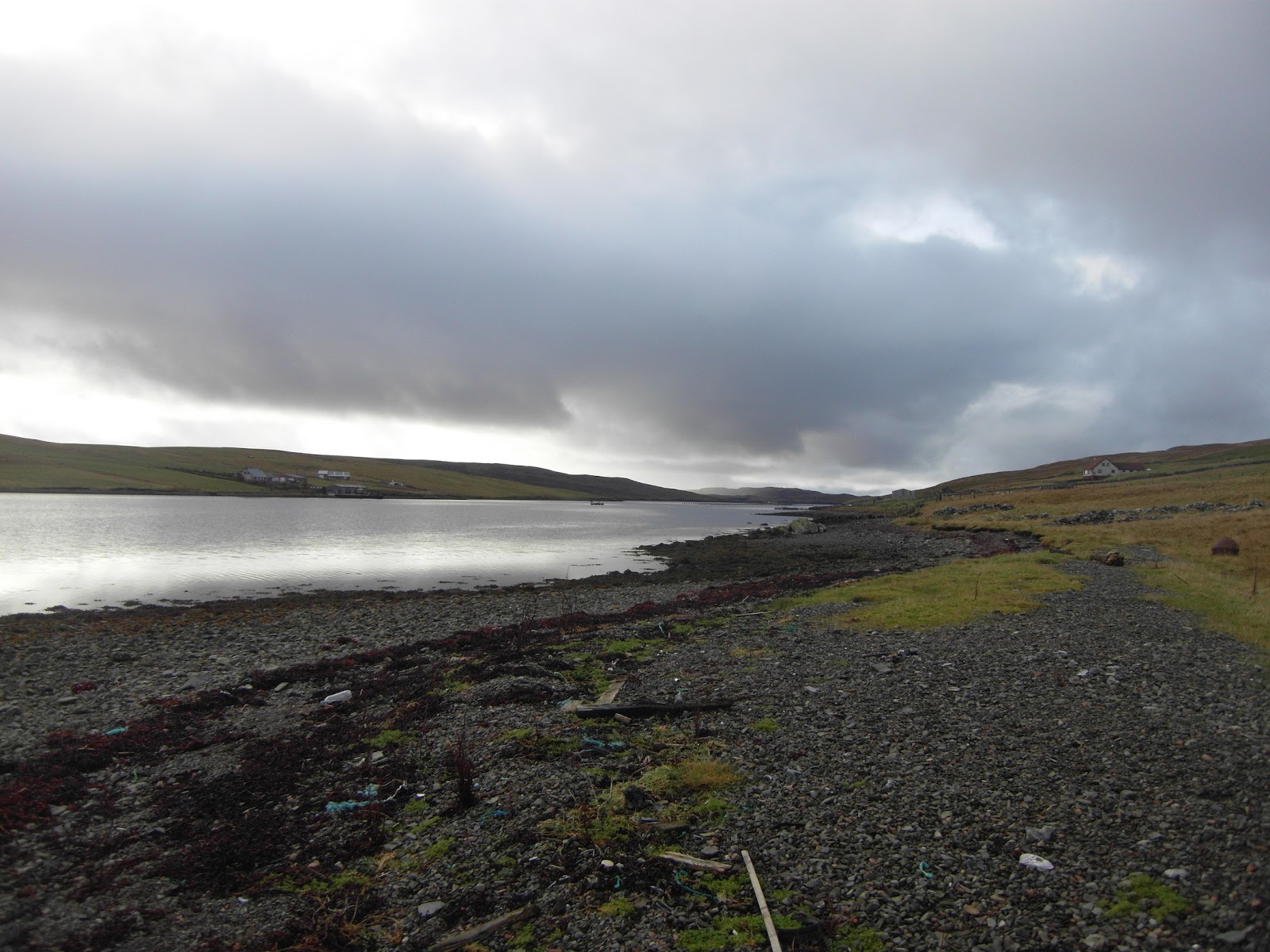 This is a very deep voe, deep enough for strong Fife-built smacks to sail up and unload their catch. Split, salted and laid out to dry, beach boys tending, mindful of rain. The beach a mass of white, before clapping fish together, tying and stacking in the shingle-floored böd to await collection by the smacks bound for Spain and the Spanish Catholics, who ate fish on Fridays.

Fishing as far as the coast of Faroe, boats would return with another catch besides - French brandy sold in ‘forty pots’ to Shetland fishermen by Faroese, smuggled ashore and hidden amongst the rocks and ricks from Customs & Excise men. Such fishing persevered, sustaining families until 1947.

Chilled from standing, we troop back for warming tea and cheese on toast, then an unexpected hour’s siesta before waking to the trace of a rainbow.

Out again to walk through fields down to the voe, crossing small tributaries and bogs, geese flying over, curlew call, solo seal.
I’m wearing too many clothes. 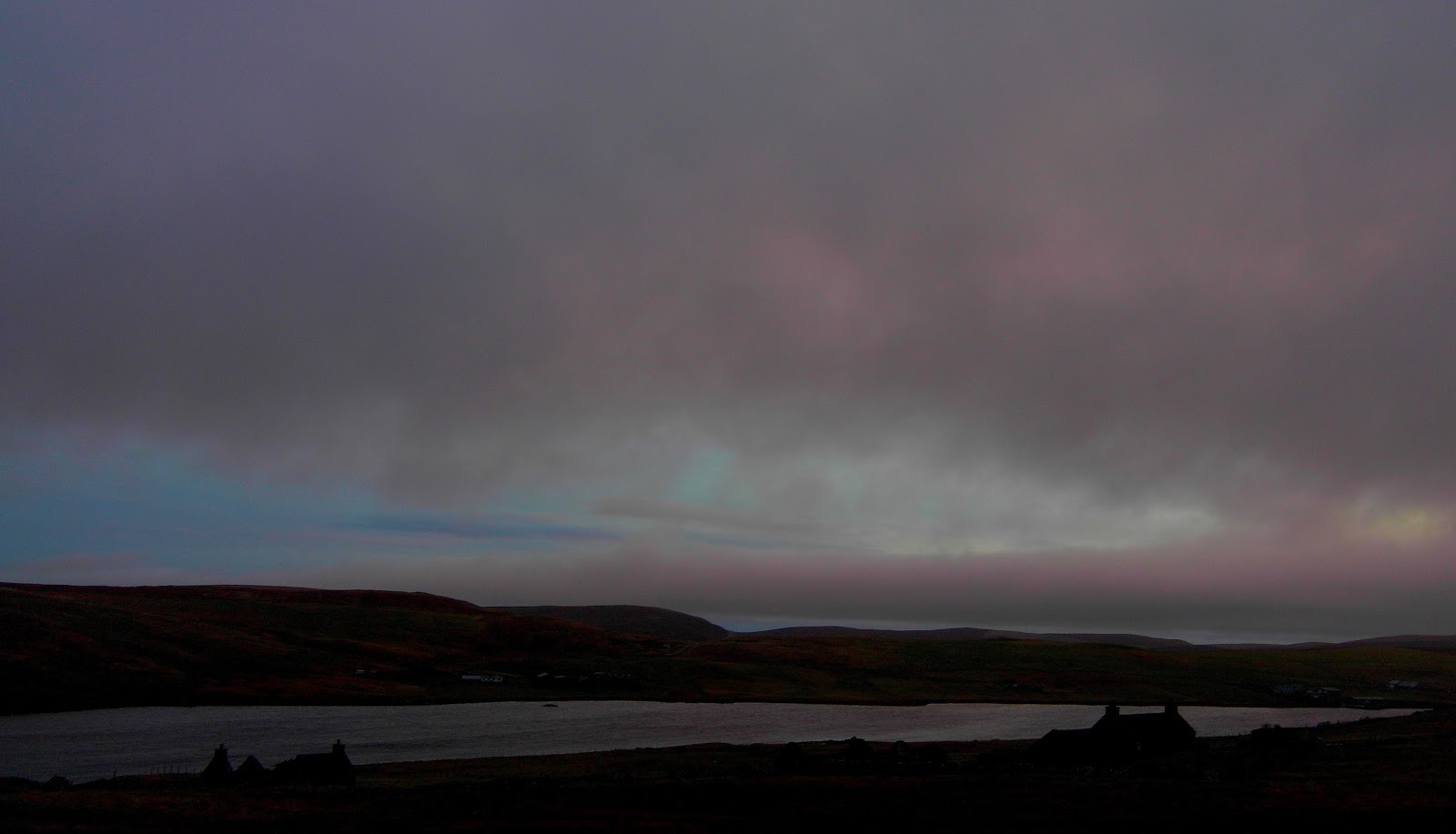 Pink sky at night… brown peat water flowing down to the voe. 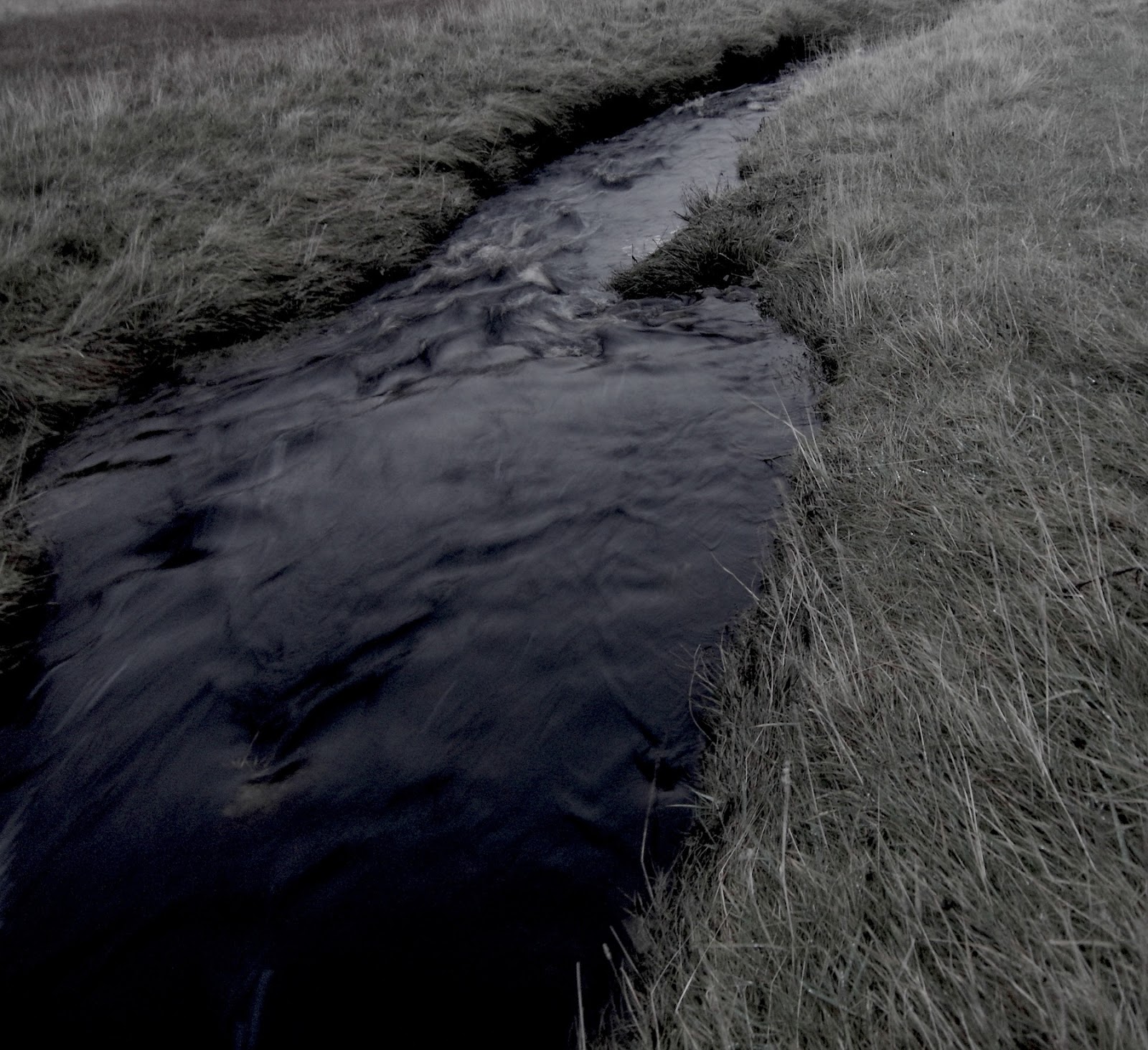 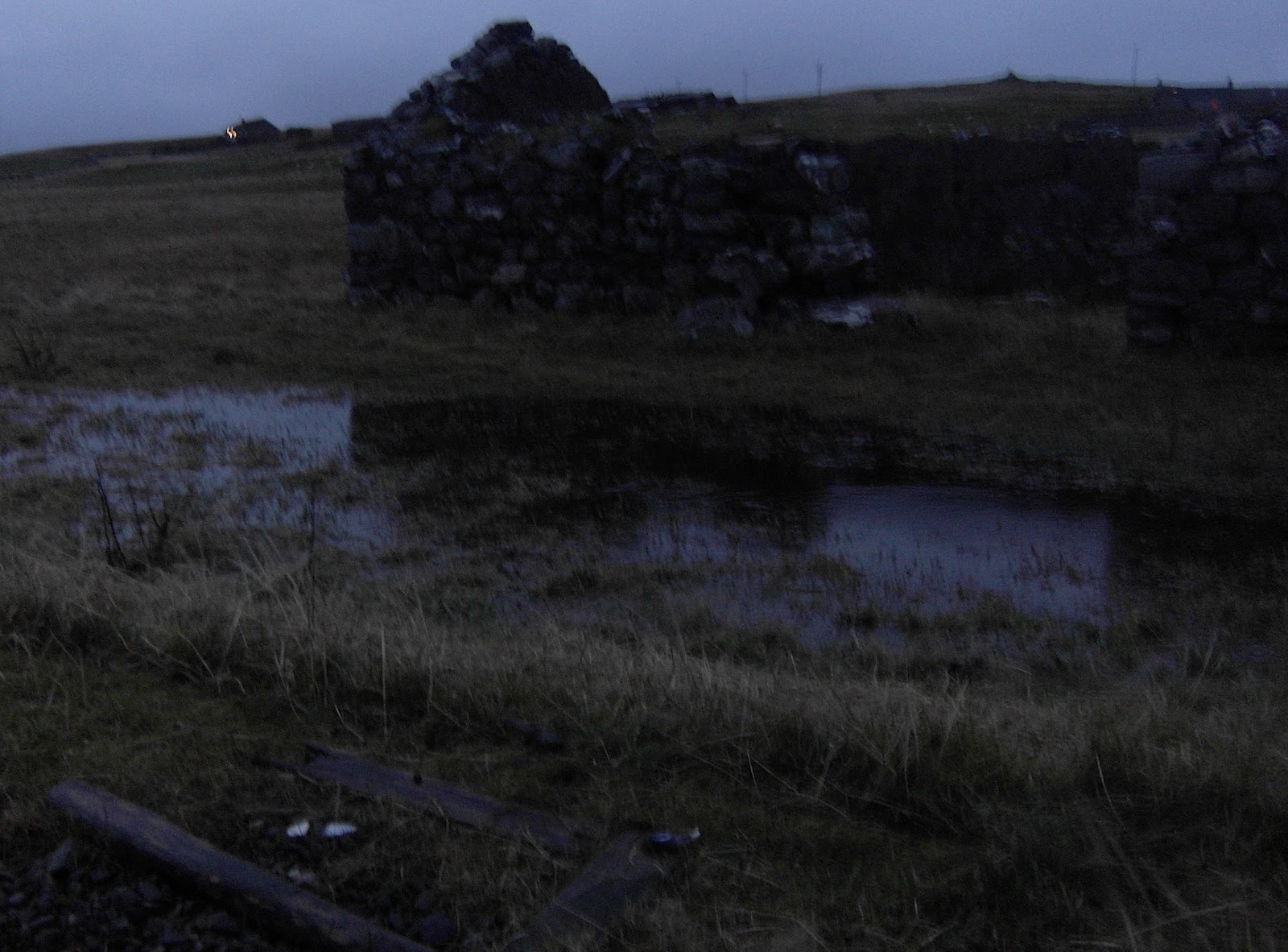 I can’t see my sketchbook as I crouch to draw.
On the beach, Barbara finds an old coin, markings faint on smoothed fragile surface worn by the sea - maybe it’s from Faroe.
Back in the dark, dogs barking our approach, into the light and warmth, and dinner. Outside the wind is blowing up.
at December 19, 2012 No comments: