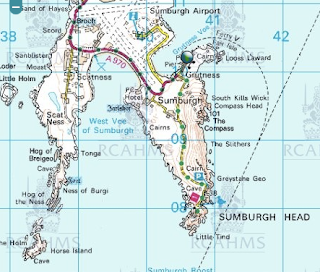 Watching water pouring over the end of the jetty  - there’s a swell today. Waves sweep in, break in a white confused explosion onto a low narrow sandy shore. Grey-green sea heaving, small white waves dancing across the surface rising and falling. Grey sky heavy with rain, great masses of cumulus clouds on the horizon, behind me the sky is bright as sun breaks through. Nothing left of the summer seath fishing, a stony beach for drying the fish, old buildings sitting close together at the far end of the bay.

Bedside me a pair of surfers in a blue van struggle into wet suits. There’s some big waves out there, I’m told. The sound of the sea thundering against the protective mass of huge boulders piled high on the side of the jetty, a jumble of creel pots and coils of ropes against them. Far out to sea huge turquoise waves crash. This is the Roost and The Good Shepherd ferry from mainland to Fair Isle will not be going out today.

Thick ropes of dark seaweed coil together litter the shoreline amongst the debris of wood and rusted metal, bone and broken shell, boulders smoothed by the sea rolled over and over by the waves, the sonorous sound of them grinding together deep under the surface. Ahead a tall neatly built stone meid sits on the rocks below Sumburgh Head; a marker to guide the fishermen in their small open boats home. 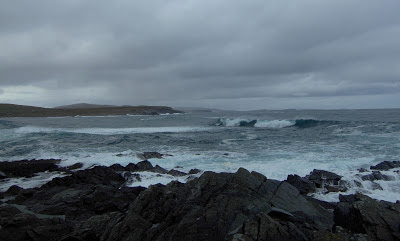 Following the track I reach the edge of the stone shore, and the sight of vast waves greets me. Wave after wave, spume flying, the sea a broiling mass. A small fishing boat, incredulously crossing, dips and weaves through the water, just out of reach of these monsters, then disappearing round the far side of the harbour.

I sit and draw and paint, the sounds of the sea filling my head.  In the background, the occasional drone of planes as they come and go from the tiny Sumburgh airport . 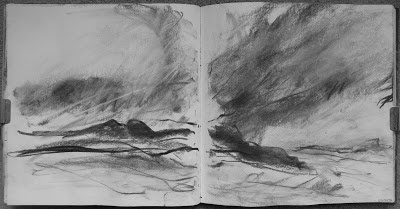 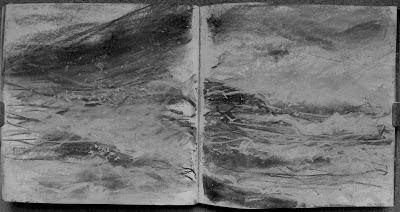 It rains, then stops, and rains again.
My paintings are covered in drops of water from sea and sky. 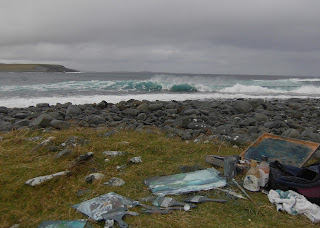 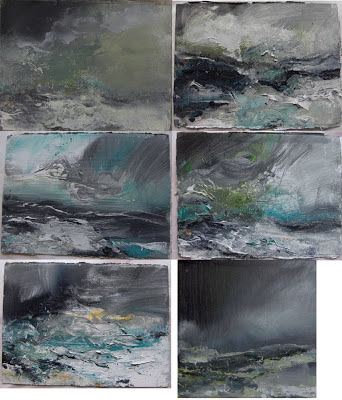 On the trips back and forth to the car, hands full of wet paintings, I see a small oasis of calm, ducks swimming in a small pool on one side of the path – a wild sea running on the other.  I remember the water sample and, carefully watching the waves, between the ebb and flow, take my chance to fill the small bottle, and then suddenly I’m up to my knees in freezing water. Bad judgment. 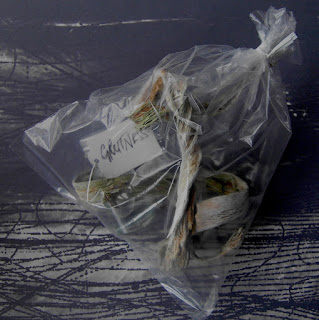