Discovered an amazing place called Silwick where there are great sea stacks and high cliffs. Spent yesterday afternoon trying to paint in the rain (and it was pretty cold). Oil paint mixed with rain water is rather tricky to handle. Plus painting sea stacks is more difficult than I anticipated.

So here are my efforts - 3 little paintings on soggy board …. 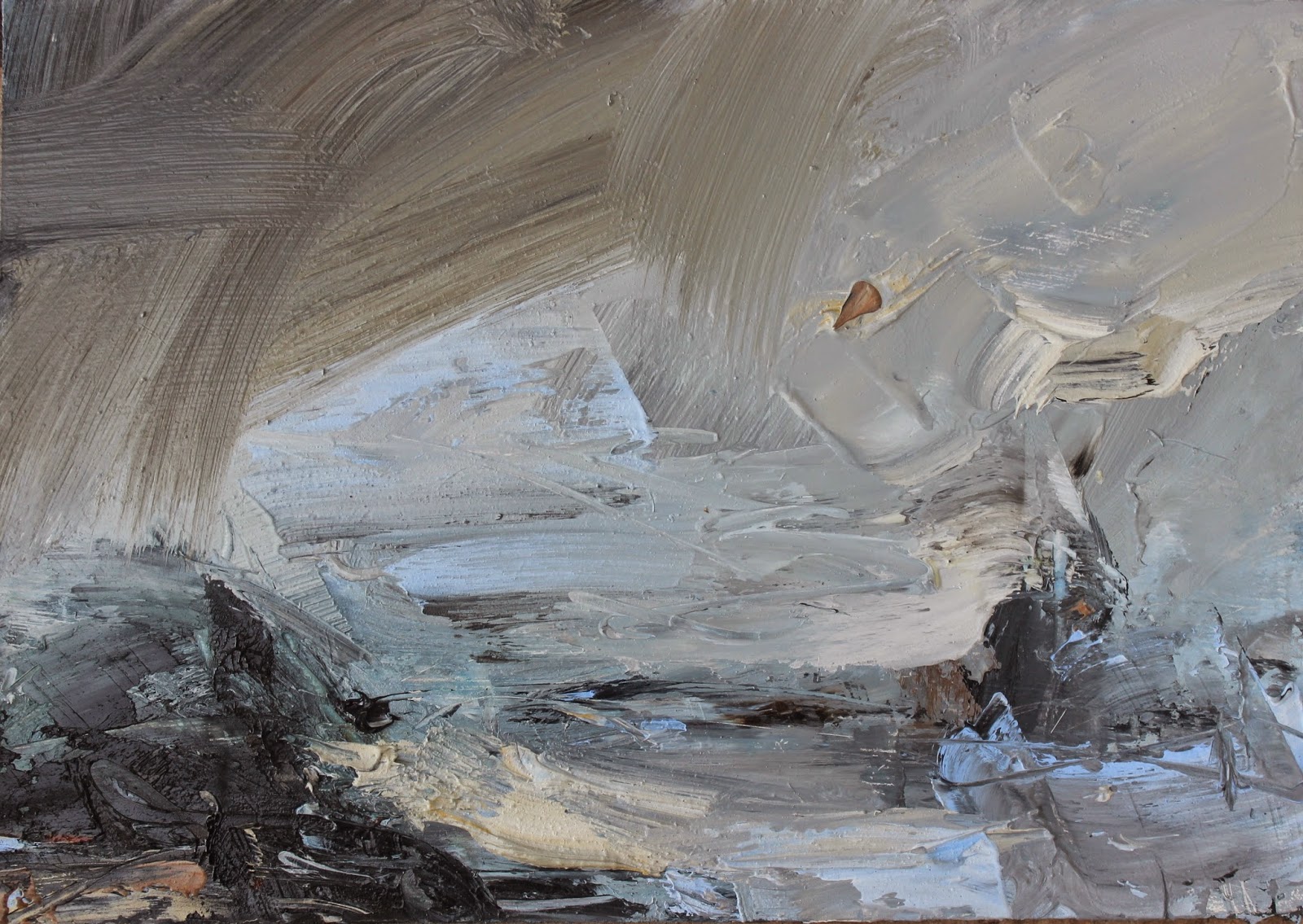 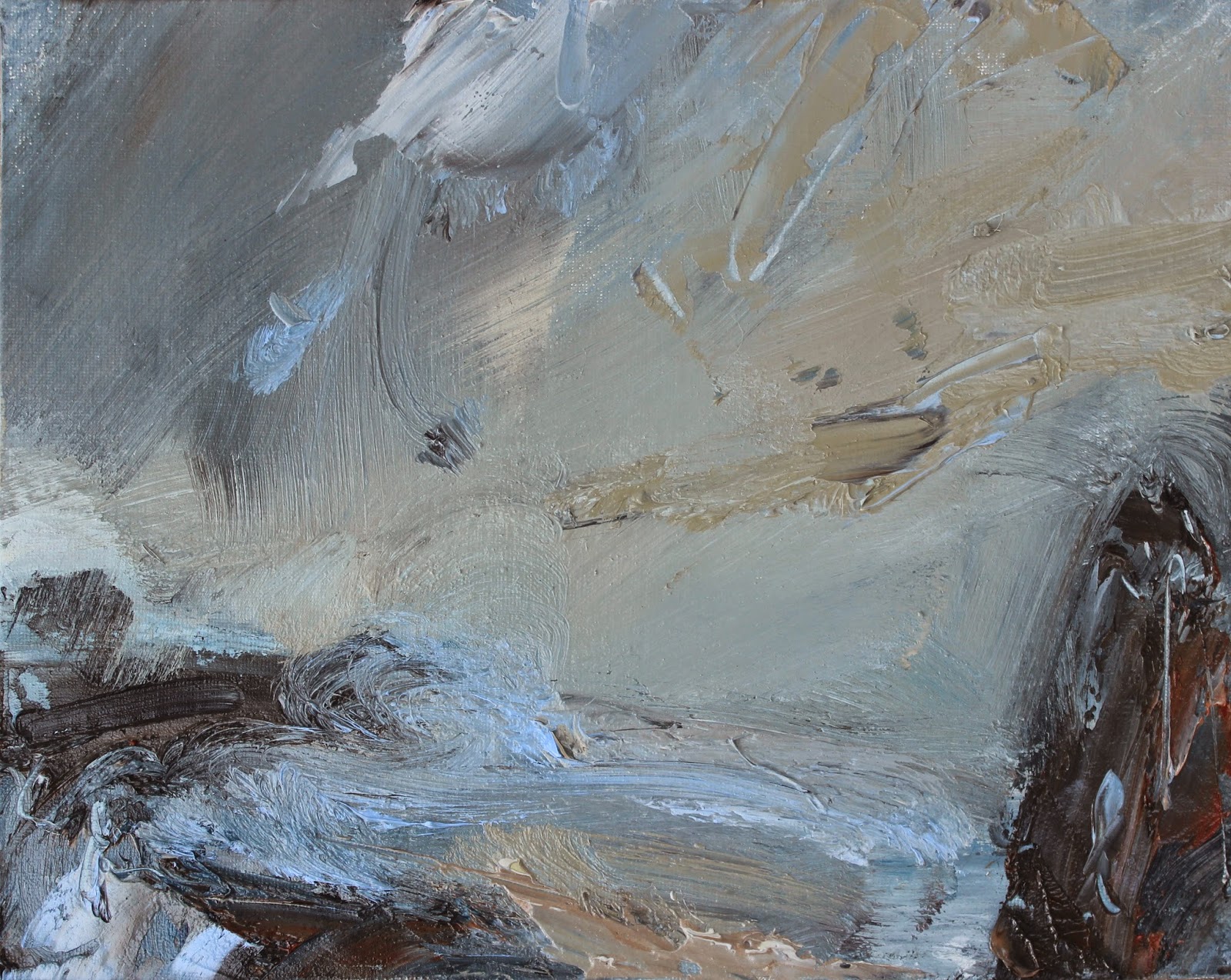 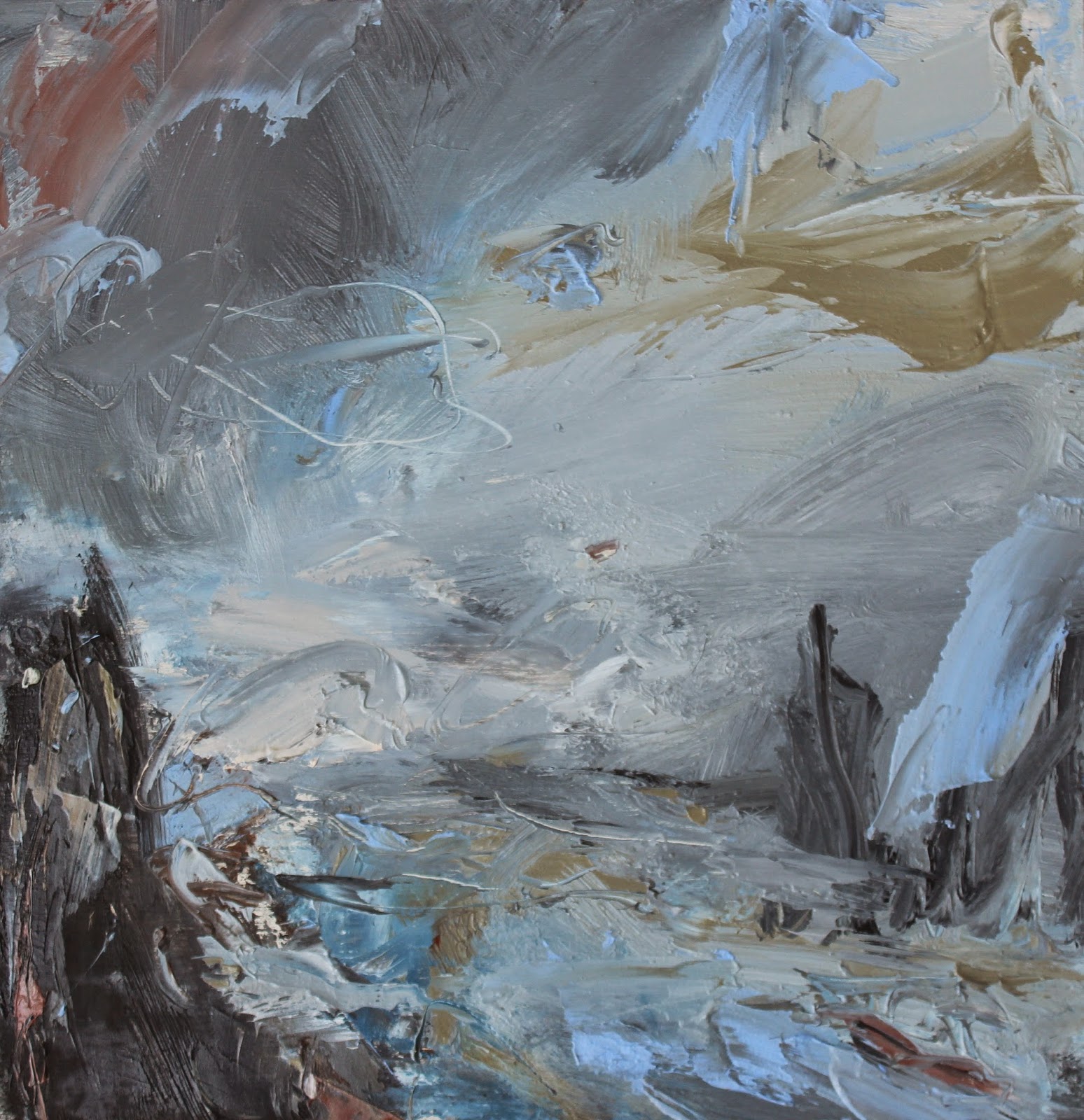 So, finally, I am posting some stills from my Super 8 filming session. Dawn - 6am at Combwich on a windy day….
Fantastic formations of the mud exposed at low tide created by the movement of the river as it ebbs and flows. Incredibly sticky, and oh so easy to sink into….

Emerging out of the darkness as dawn broke, standing silently as water flows around them, these eerie industrial wooden constructions, are all that's left to remind us that this was once a busy industrial river where pilot boats moored awaiting the call to guide ships carrying goods up the river. I set the camera on automatic shutter and left it to its own devices for 15 minutes; so it took a shot each time enough light has entered the camera and hit the film. Initially there were gaps of at least a minute and has it grew lighter this decreased to every 15 seconds, so I probably shot about 6/7 seconds in total.
My film was then developed by hand in a mixture of tea, vitamin C powder and Soda crystals; it bears the marks of handling and rubbing - which all adds to the atmosphere. The100 seconds (a remarkably long time when you consider that it's 15 frames - or is it 18  - per each second) has now been edited due to 60 seconds and added to the other films shot across the county to represent 24 hours in the life of Somerset. Sound is being added by a group of singers responding to the images. Haven't seen or heard the results yet!

Thanks to Lisa and Paolo from Echo Park Film Centre for their expert guidance and enthusiasm, and to The Engine Room for hosting us.